Most states have laws prohibiting the use of police brutality and excessive force, but the major vehicle for vindicating your rights is 42 U.S.C. §1983, a law passed by the United States Congress that allows citizens to sue police officers and government officials for “deprivation of any rights, privileges, or immunities secured by the Constitution and laws” of the United States. That means that when a police officer violates your Fourth Amendment right to be free from “unreasonable searches and seizures”, you can sue in federal court and win money awards. The law surrounding police brutality is complex and difficult to summarize, but the basics are:

Generally, police can only lawfully use the amount of force that is “reasonable” under the circumstances. If they exceed this reasonable use of force, they violate your constitutional rights under the Fourth Amendment (Protecting against unreasonable searches and seizures). However, the court will view “reasonableness” from the perspective of a “reasonable officer” at the scene. In assessing what a reasonable officer would do on the scene, the court will look at many factors, including: the severity of the crime being investigated, whether the officer was facing an immediate threat to his safety, and whether the suspect was actively resisting arrest or detention.

Police have been granted a special kind of protection from lawsuit called “qualified immunity”. It should be understood that “Qualified Immunity” is not found in the Constitution, or in any statute. It is a concept invented by judges in order to protect state government actors even when judges find they have in fact violated citizens’ Constitutional rights. Under this doctrine, police can only be held accountable for conduct that violates “clearly established” rights that a reasonable person would know about. In practice, this doctrine has been applied inconsistently, and more according to political leanings than any judicial standards. Many conservative judges continue to grant immunity for egregious constitutional violations, including killing unarmed, non-dangerous citizens. These activist judges routinely grant immunity by stating that even though there was a violation of the person’s rights, the exact situation was not “clearly established” beforehand. In one case pending before the US Supreme Court, Corbitt v. Vickers, 929 F.3d 1304 (11th Cir. 2019), a conservative court granted immunity to an officer who shot an unarmed 10-year-old child who was lying on the ground. The rational given by the court was that the exact facts of the incident had not happened before, and therefore the “clearly established” prong was not met. The Court eviscerated the 4th Amendment and 42 U.S.C. §1983. This is just one example of judicial excess that has resulted from continued application of the doctrine of Qualified Immunity.

When courts do find that the police have violate these standards, the officer and the police department can be sued in Federal Court, and are subject to an array of damages, including attorney’s fees (for the underlying arrest and/or prosecution, and for the Excessive Force Lawsuit) pain and suffering, medical bills, lost income, and even punitive damages (often called exemplary damages).

Call us Now for a Free Consultation

If you have been the victim of police brutality, false arrest, false statements by police or another form of police misconduct, call our office for a free consultation and case evaluation. Our attorneys are experienced in vindication your rights, and we will explain your options without any pressure. You can also fill out our web-inquiry form below, and we will answer your questions.

See below for updates and relevant news stories.

The Northglenn Police Department has agreed to pay a record $8.75 million shortly after our team filed a lawsuit in federal district court for excessive force pursuant to 42 U.S.C. §1983.  Although we are happy the settlement has been made public, everyone should understand that this was done only after CPR News made an official Colorado Open Records Act Request, which forced Northglenn to make the settlement public.  Although no amount of money can ever replace what they have lost, it is a great relief to Serina Minella and the family of Jeremy Patscheck to have public transparency on this issue.

Northglenn to pay $8.75 million to settle federal lawsuit over officer-involved shooting that killed a man, paralyzed a woman

“The city’s failure to constrain its officers in any way despite being aware of the many injuries its officers had caused and were causing during the protests is clear evidence of the city’s utter and deliberate indifference to the customary use of excessive and disproportionate force toward protesters,” attorney Birk Baumgartner, who filed both lawsuits,… 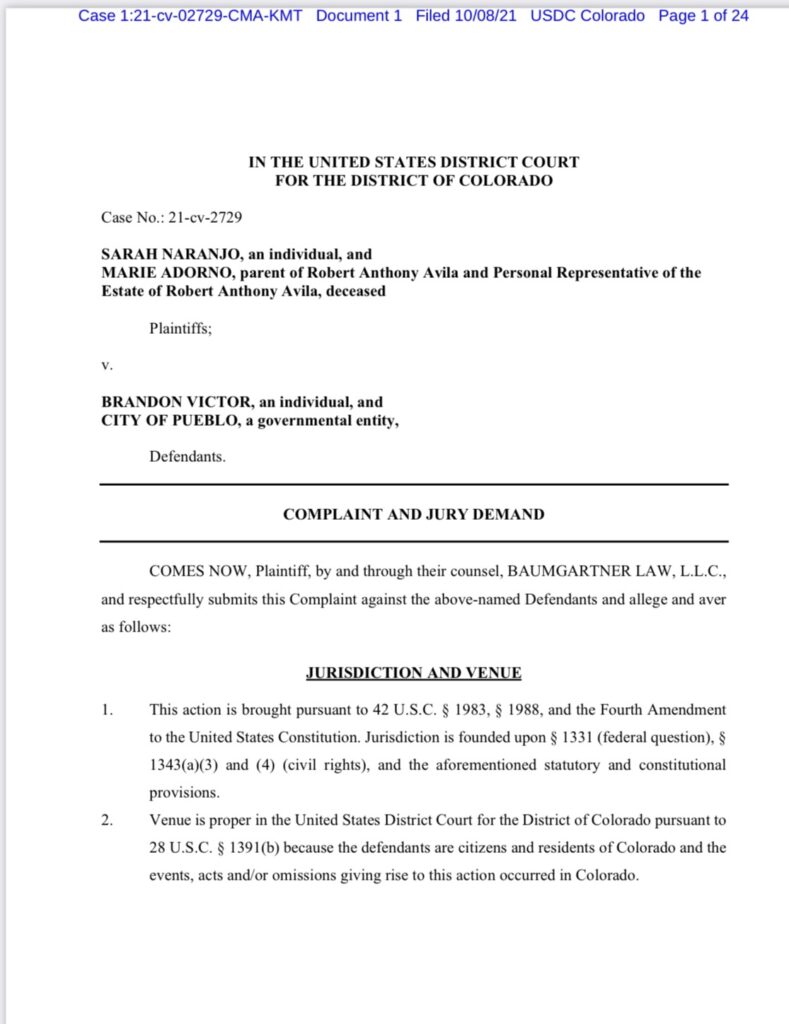 By ELISE SCHMELZER | eschmelzer@denverpost.com | The Denver Post 50 demonstrators sue Denver alleging police illegally injured or arrested them during 2020 protests Federal lawsuit filed Monday is one of the largest connected to massive protests of police brutality 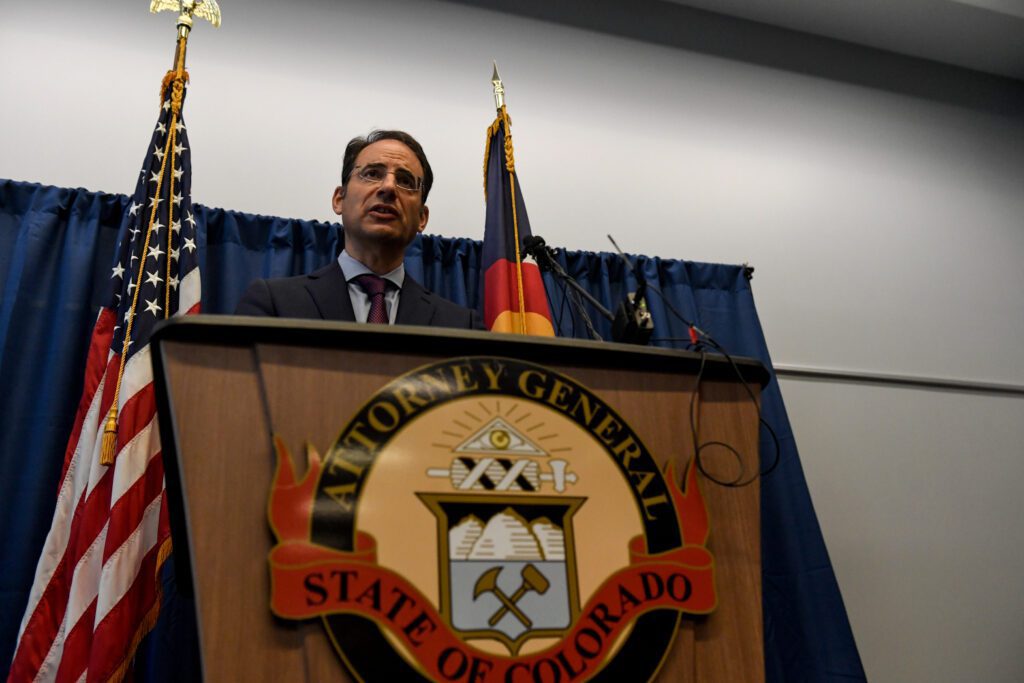 Elijah McClain indictment: Case against Aurora police officers and paramedics comes down to intent, experts say “A fact any prosecutor will run into is a somewhat antiquated idea that all officers are acting in good faith,” said Birk Baumgartner, an Englewood civil rights attorney. “That’s always the difficulty. You have to get over that threshold… 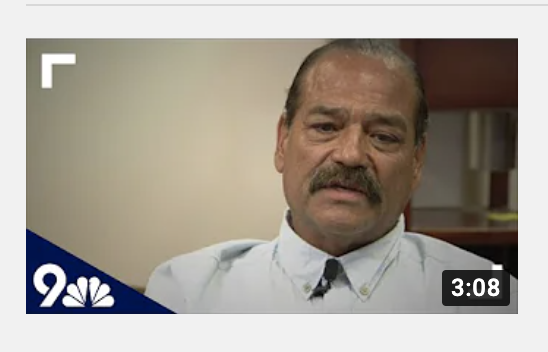 Baumgartner Law filed a lawsuit this week against the City of Denver and four DPD Officers.

The Attorneys at Baumgartner Law filed a lawsuit this week against the City of Denver and four Denver Police (DPD) officers, citing excessive force, among other allegations, in a June 30, 2019 incident.  62-year-old man sues DPD, claims excessive force during church parking lot arrest. 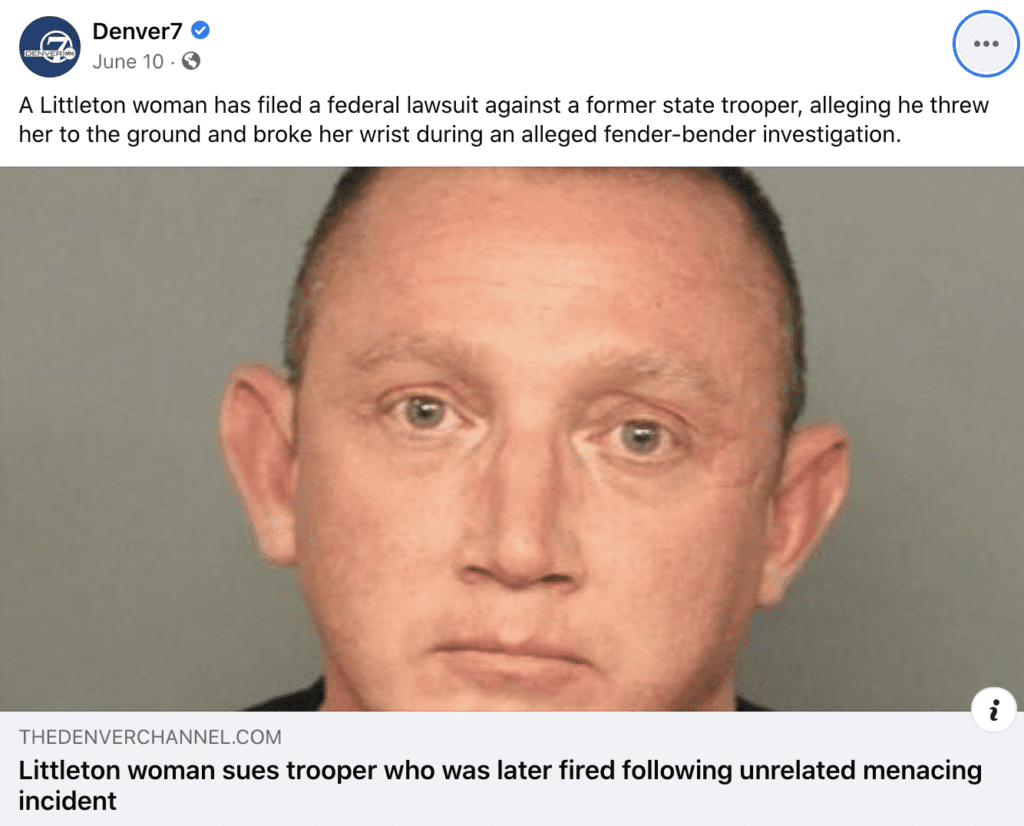 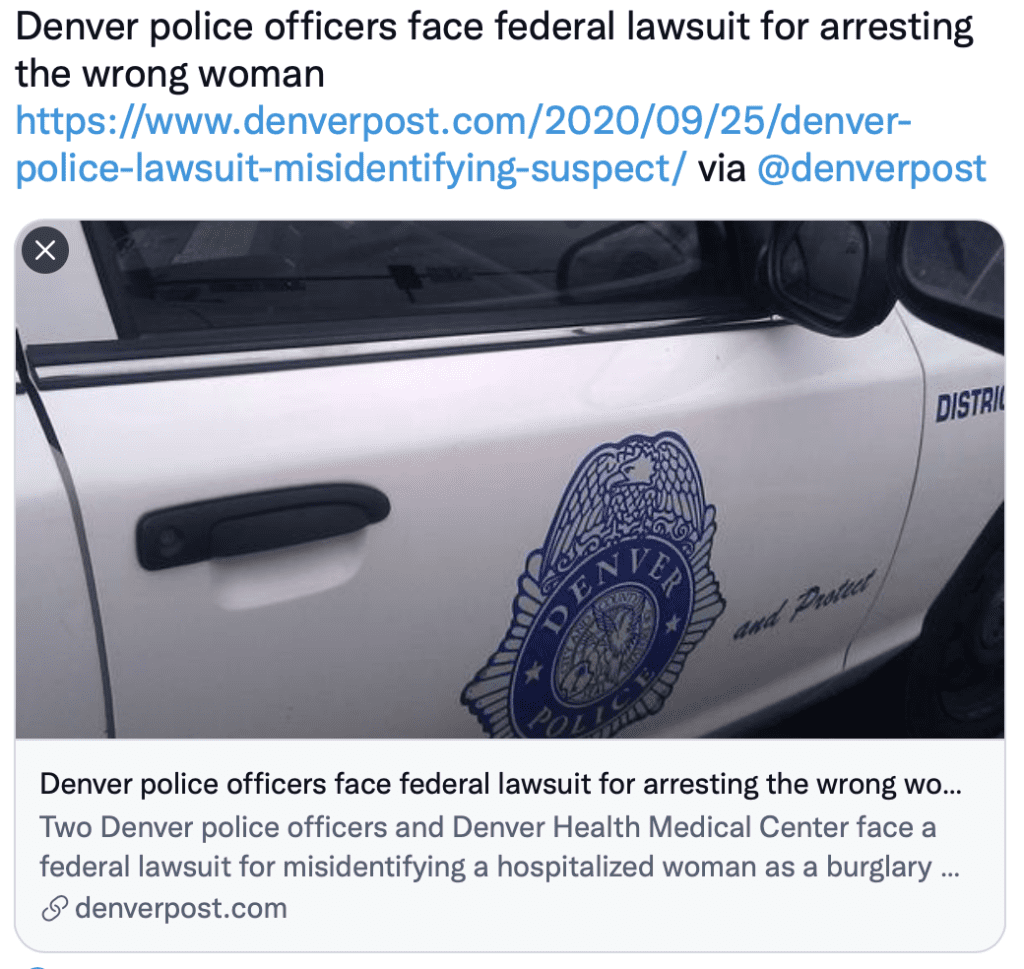 “Plaintiff was not the correct suspect in this incident, and Defendants would have known this if they had have followed basic police procedure,” the lawsuit filed Friday by attorney Sean Simeson states. 2 Denver police officers face federal lawsuit for arresting the wrong woman: https://t.co/9Oh8PSFhCx by @eliseschmelzer — The Denver Post (@denverpost) September 26, 2020…

Jax Feldmann, an innocent bystander is just one of many victims of indiscriminate excessive force by the City of Denver.

Jax Feldmann, an innocent bystander is just one of many victims of indiscriminate excessive force by the City of Denver. Jax will never see again and the City of Denver refuses to take responsibility. Full story by CBS Denver anchor Rick Sallinger: ‘I Can’t See Anything’: Man Claims He Was Injured By Foam Bullet Shot… 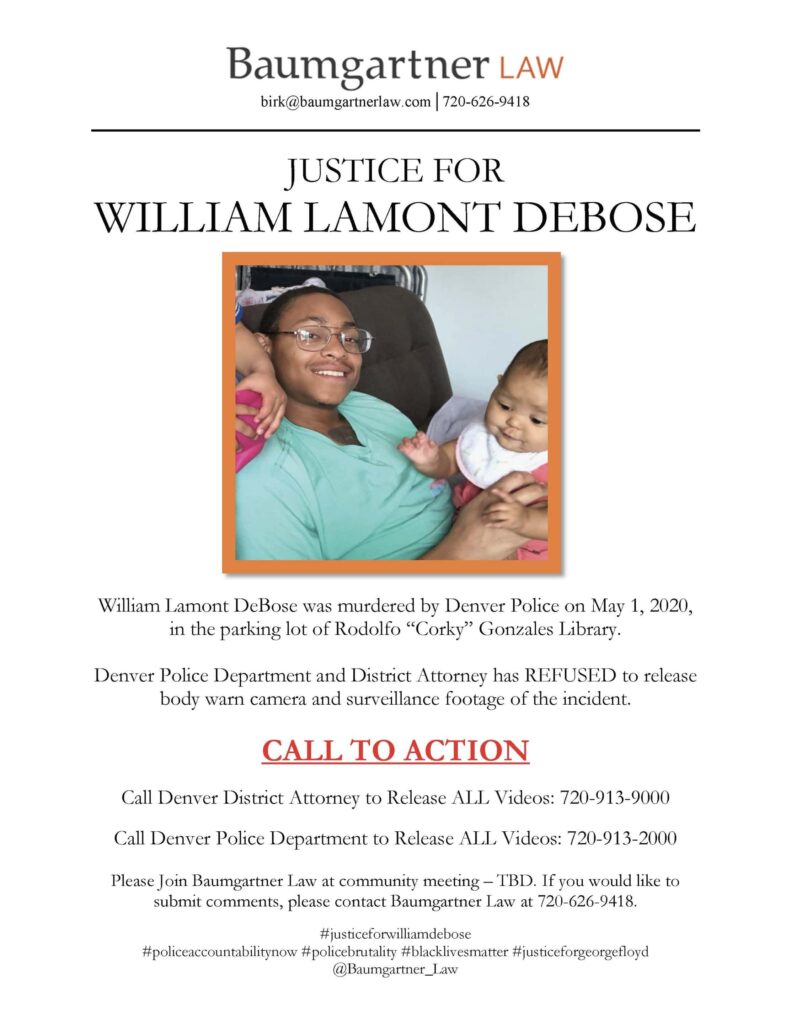 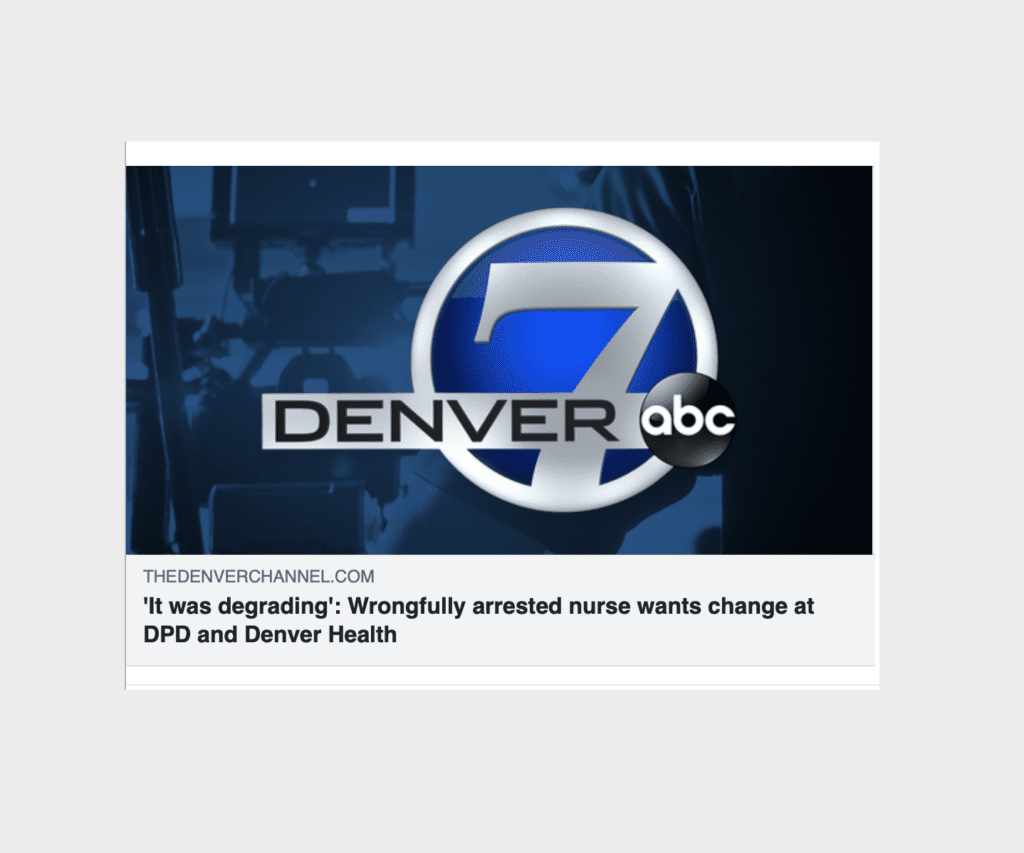 DPD wrongfully arrested our client while receiving treatment in the hospital. Our client bears no physical resemblance to the actual suspect; in fact, she was never in the same area of the city as the correct suspect. Officers failed to investigate the incident and instead recklessly relied on one part of the statement, resulting in…